This is the project our studio made over the summer. Technically it's the first official project myself, Alex and Ben have made as a studio, and it was made for Trinity College and Ballyfermot College as part of their new Animation Hub scheme. Our studio is luanching in January, so please check back then for a link to our website and showreel. .

The Last Train from Animation Hub on Vimeo.

This is an new t.v advert we worked on in collaboration with The Pool. We were responsible for the modeling, rigging and animation of all the characters.

Here's one of the latest pieces I worked on with Sean and Alex. This piece was directed by Peter Donnelly and produced by Paul Kelly at The Station.

Posted by Ben Harper at 5:43 PM No comments:

Here's another spot that myself and Sean worked on with The Station .

Relax from The Station on Vimeo.

Here's a commercial myself and Sean worked on with The Station .

Our House from The Station on Vimeo. 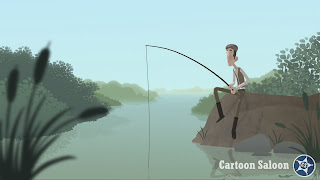 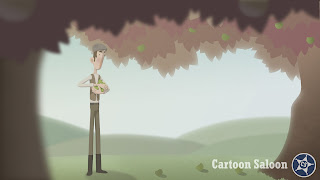 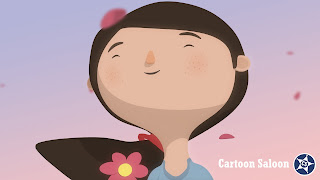 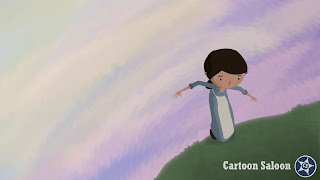 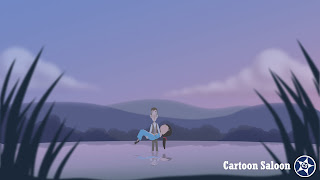 In the months coming up to Christmas 2009, myself and Sean Mullen had the great opportunity to work with Cartoon Saloon on a project called Anam an Amhráin. The project involved new animated visual interpretations of old Irish songs. Sean and I worked on the song called Cad e Sin don te Sin, from storyboards, design, modelling/rigging & animation to the final render. We animated the characters in 3D and the backgrounds were done through Photoshop. Tomm Moore helped throughout pre-production with feedback on the story and with the character designs.

Below is a clip from the song that we worked on

The songs were screened on TG4 (Irish TV) over the Christmas period and it was great to see them in Full quality on the big screen. We both had a fantastic time working on this project, and once again I'd like to thank the guys at the Saloon for the opportunity.

Clips from the other Siogs can be seen on the Cartoon Saloon site here.
Posted by Ben Harper at 5:05 PM No comments:

Showreel '09 from Ben Harper on Vimeo. 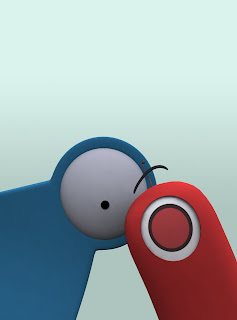 I'm happy to say that our film Blip has won the 'best first animation' category at the Galway Film Fleadh. :)
Posted by Ben Harper at 3:57 PM 8 comments: 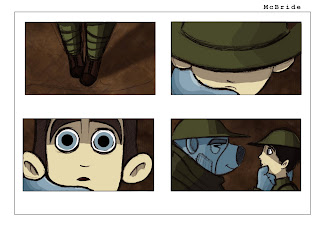 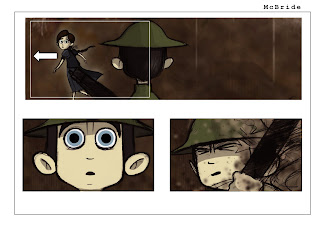 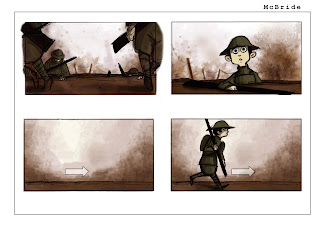 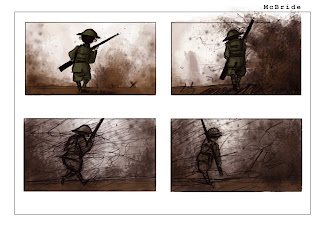 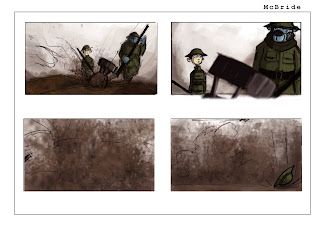 The storyboard panels above are from Tom Kennedy's "McBride". The original pencil drawings were done by Alex Sherwood,
Posted by Ben Harper at 12:25 PM 3 comments: 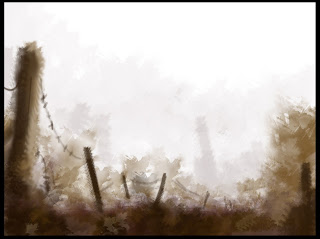 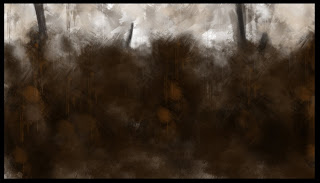 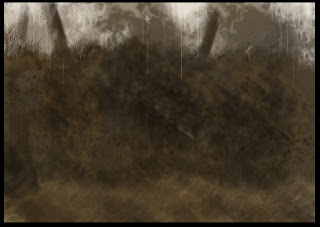 This is my third year college film I worked on with Sean Mullen. It's about two aliens trying to take over the same planet. The work done on the film is really split 50/50 as we both animated, rigged and modelled throughout. It's good to have it online at last, hope you enjoy it.

Blip from Sean Mullen on Vimeo.

The Station have just posted up some new motion work on their website. Among the work is a piece that myself and Sean Mullen were commissioned to work on. Here's the link to the piece.

Quick gesture painting of my dad 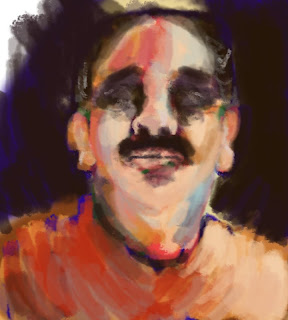 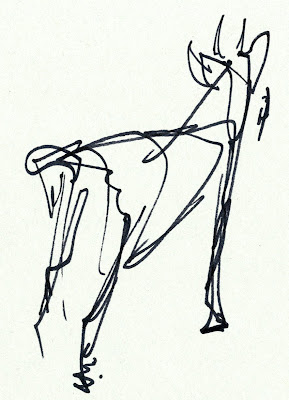 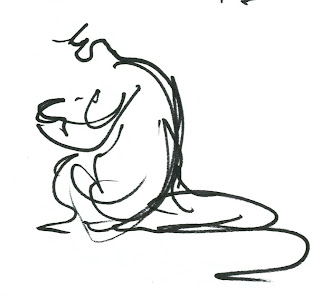 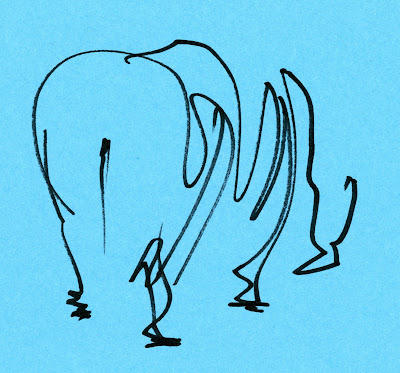 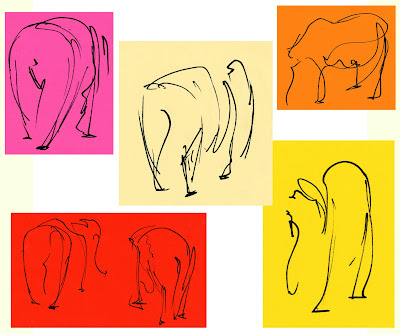 Gorillas in the mist 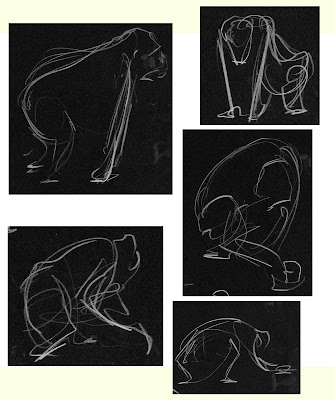 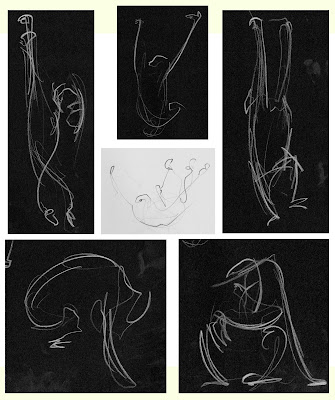 Some Lemurs..I love drawing these guys! Their tails are fantastic. 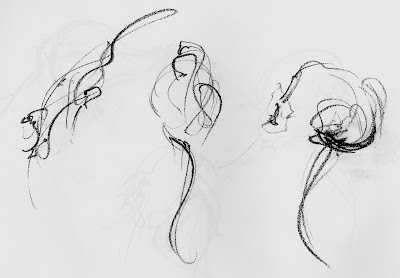 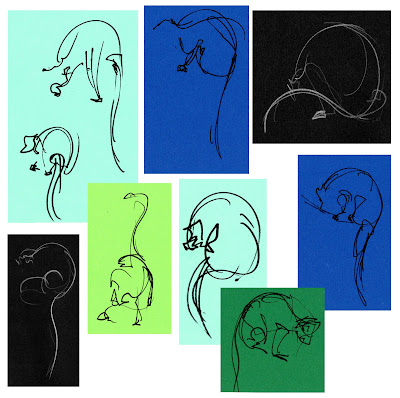 Posted by Ben Harper at 8:48 PM No comments: 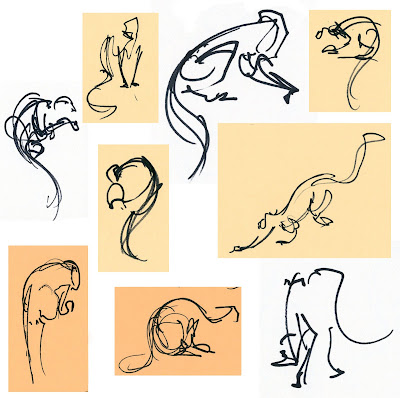 Chickens in the petting zoo.They are so much fun to draw! 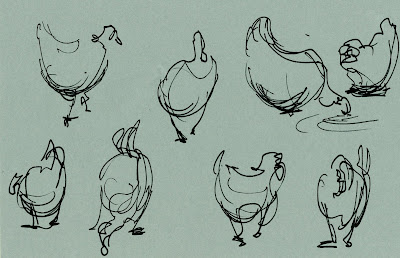 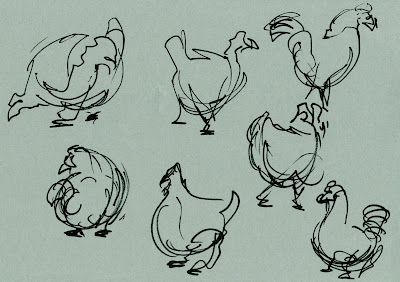 Posted by Ben Harper at 8:20 PM No comments: 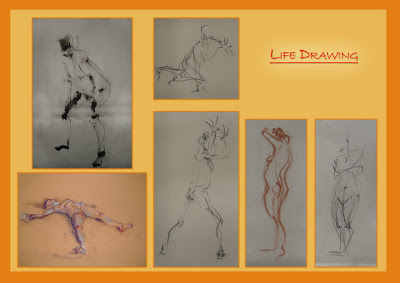 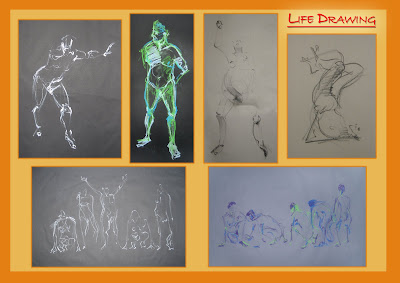 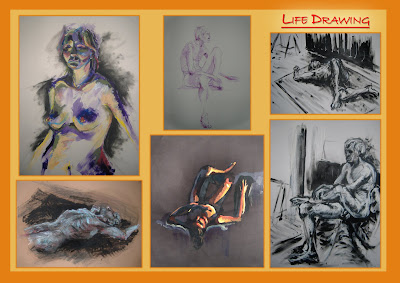